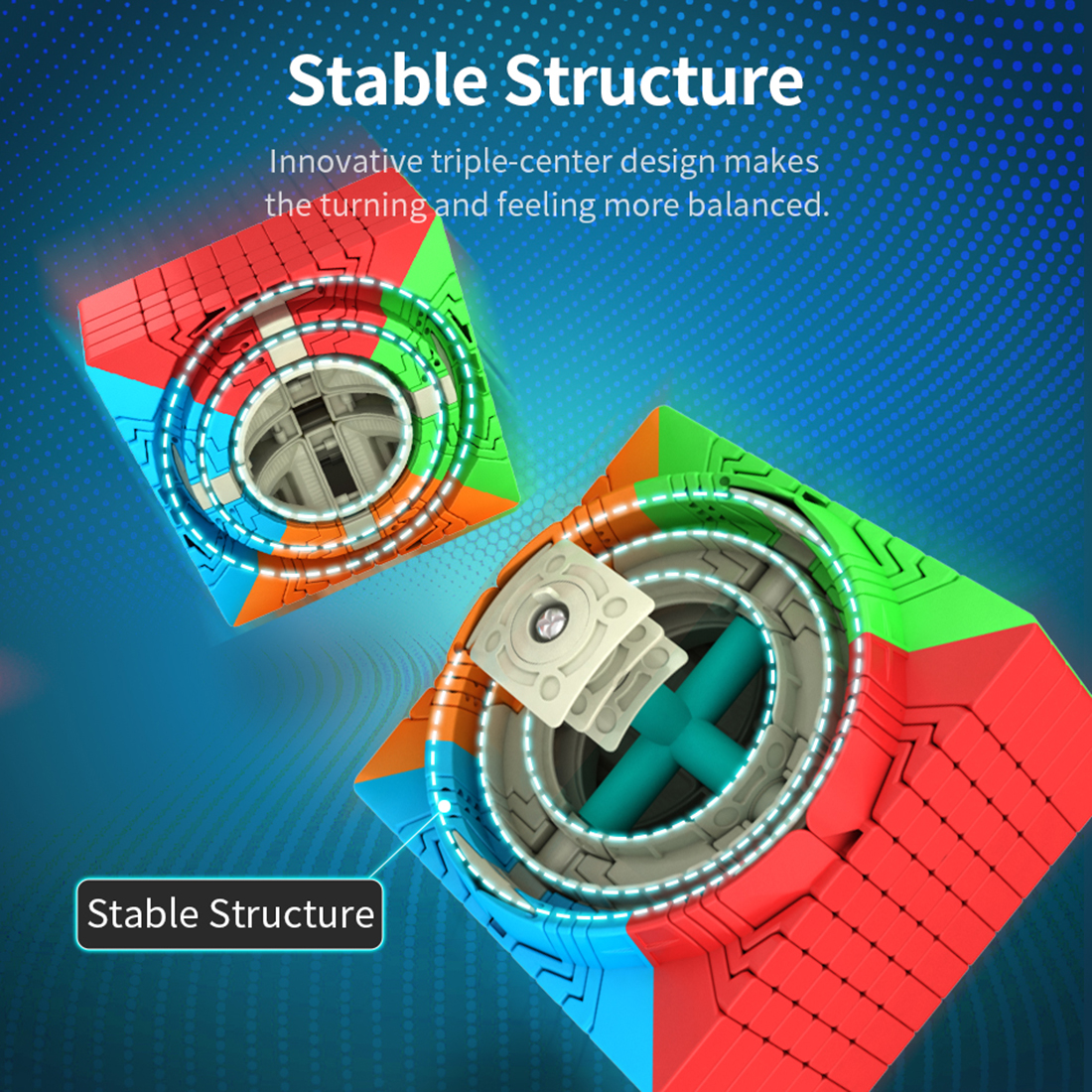 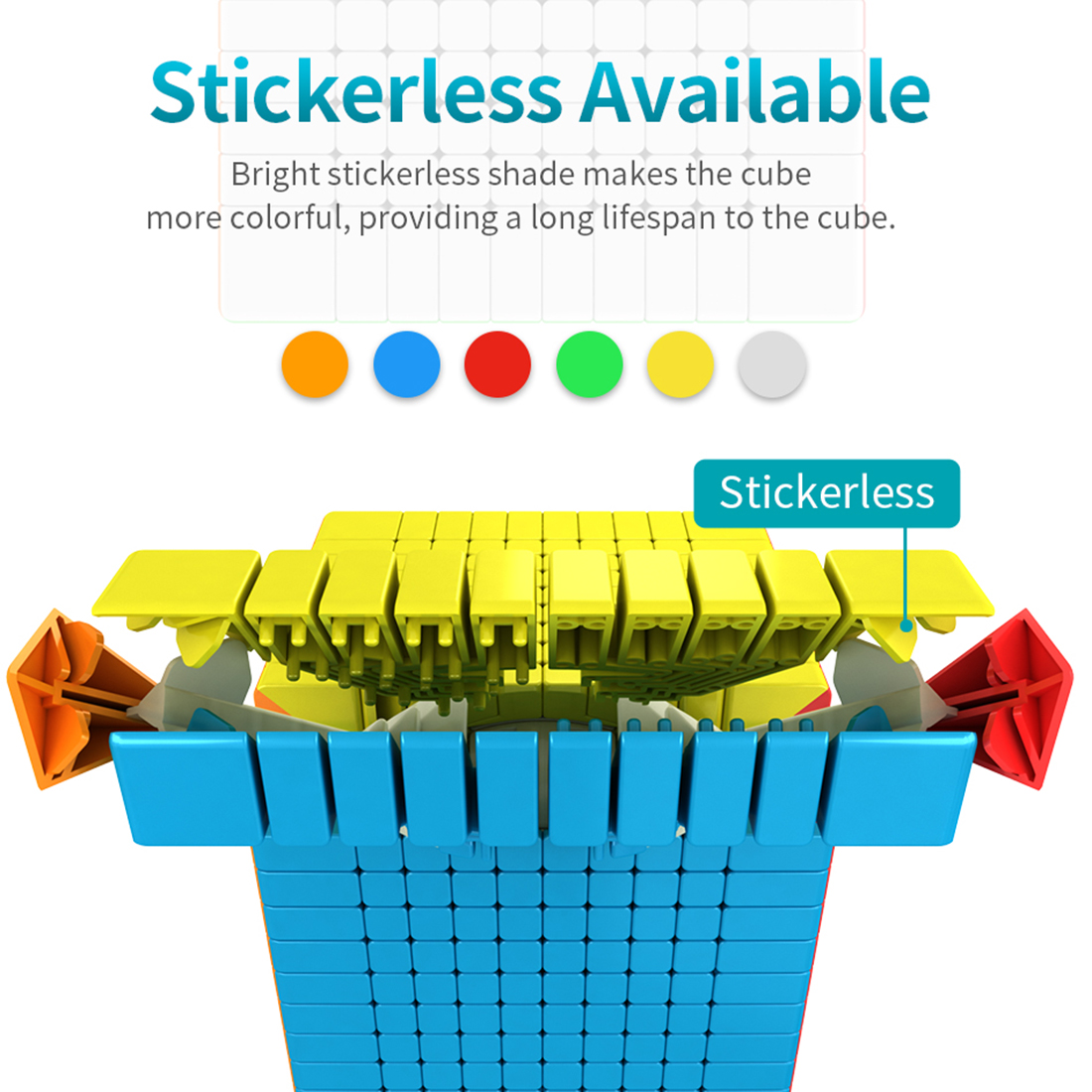 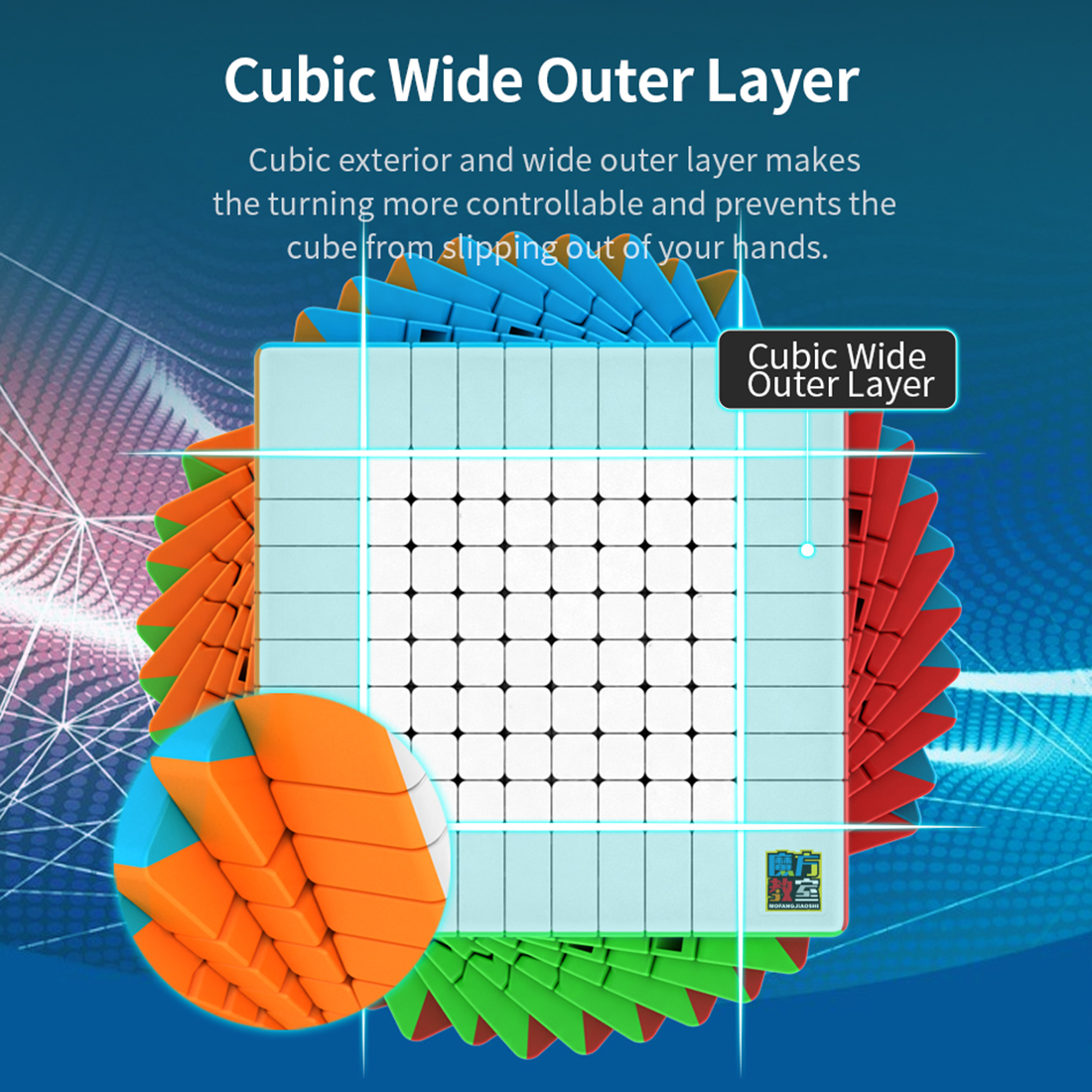 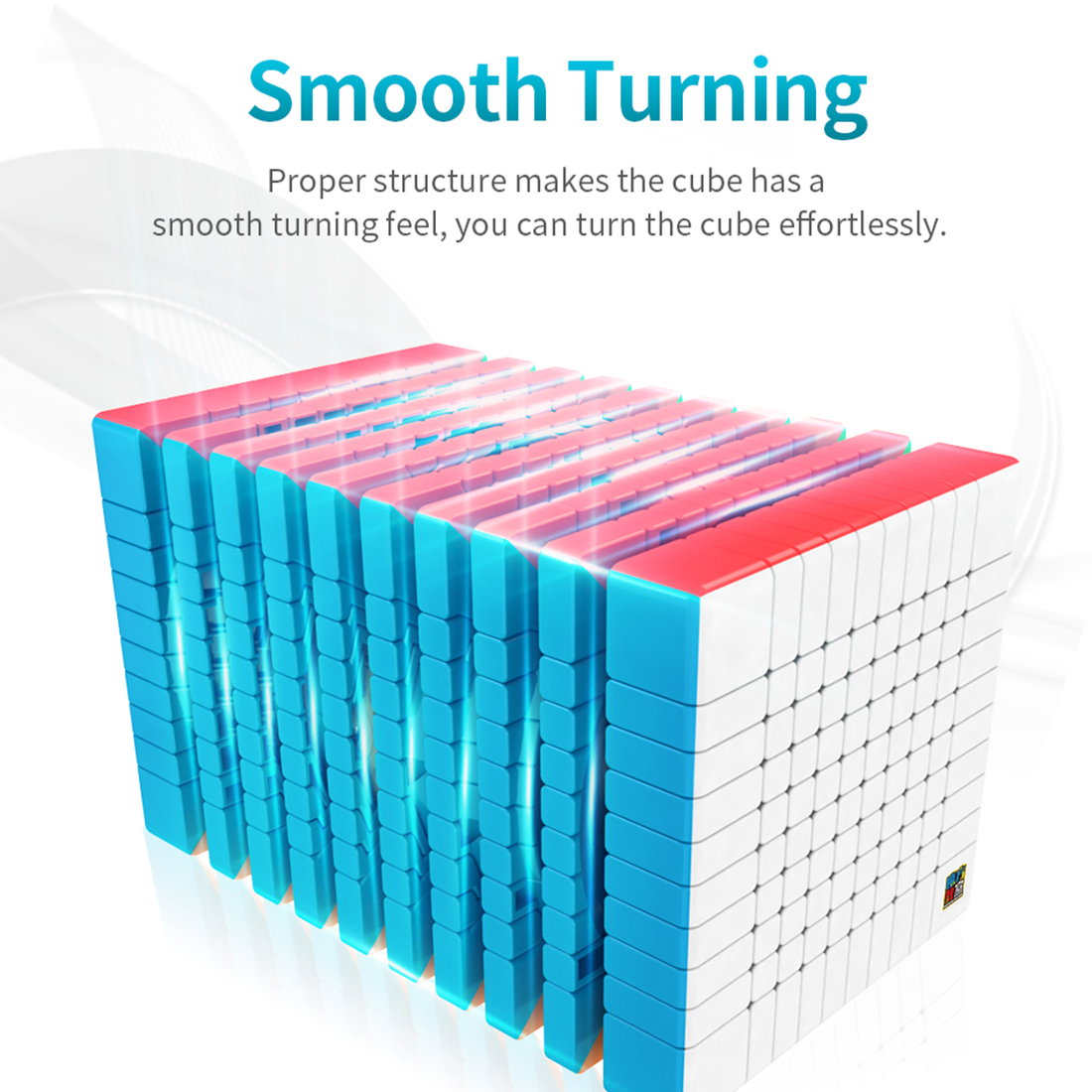 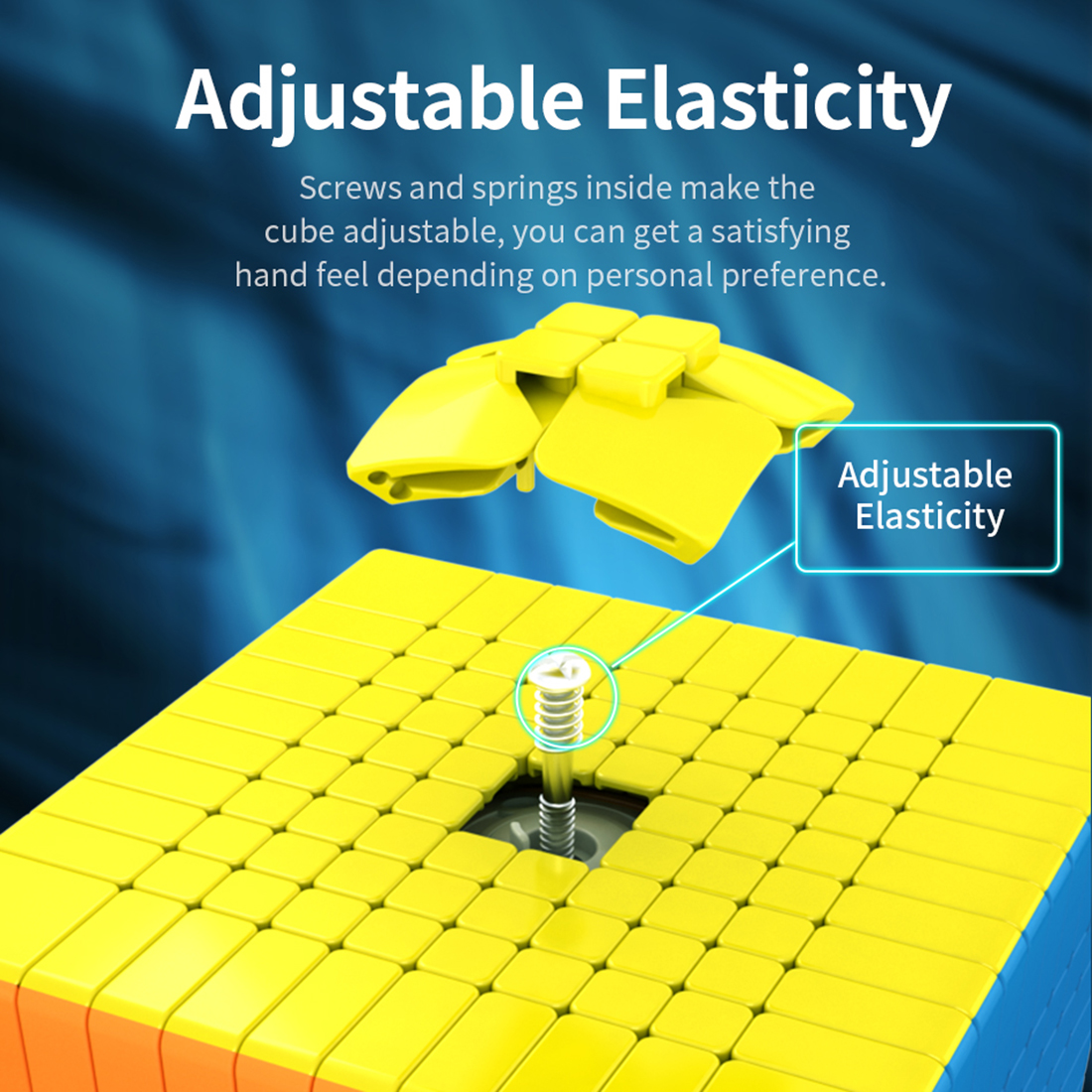 .The selection of high quality ABS engineering plastic material, it features wear resistant and durable performance, and not easy to damage
.International standard color matching, solid color structure, get rid of color troubles, beautiful and durable
.With new splicing structure, each part is tightly fastened, impact resistant, anti-cracking, not easy to fall apart
.High-capacity rounded design for excellent fault tolerance
.Creative cube corner, each layer is locked in layers to prevent the falling of the frame and the corner caused by the rotation
.The new buckle positioning solves the problem of jamming, flexibly adapts to the high-speed rotation of
various techniques, and has excellent verticality, which brings a good touch and stability
.Practice your brain and improve your memory and hand skills
.To brings you a smoother turning experience

Burrowed this cube in 2019 and I would have to say its quality is unmatched.
The Meilong 10 is incredibly fast, smooth and light: Unlike MF8 which I needed to spring-swap to speed it up, the 10x10 requires almost no effort to turn. In fact it is faster than the 11x11. Smoothness is on par with the MF8/9. It's lighter than the Shengshou 8x8 (which is the closest comparison because that cube is 83mm).
The Meilong 10 does not pop. The only pop I got happened when I was trying to show off the cube's limits, and not in a real solve.
The only flaw is the lack of reverse corner cutting, which is expected considering that cubes of this size would need to have very small layers in order to be playable, so you don't have much room to round the pieces off. The one I burrowed is slightly less stable than the 11x11 out of the box, but tightening it slightly fixed it without any compromise to the speed.
It is cubic and not pillowed, making it easier to grip and allowing for table abuse, giving it a huge advantage over the rival series from Shengshou.
Have done several solves on the Meilong 10x10 without magnets, ranging from 16-17 minutes during the time I burrowed it.

2usd discount code: rs3m MFJS RS3M 3x3 M Magic Cube - StickerlessFeatures:Note: We have some feedback from our testers that the  cube will be bet...

Features: .Made of engineering plastic ABS, wear resistant and not easy to break.International standard color matching, color recognition is great...